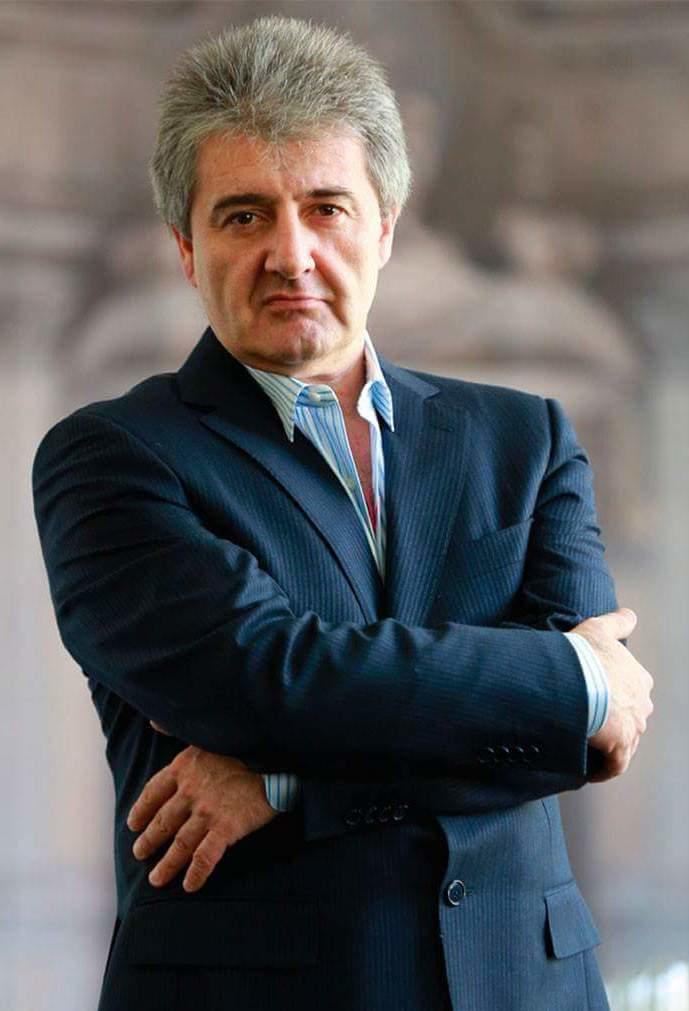 Vag Papian began his career as a pianist in 1979 after winning the Lisbon Viana da Motta International competition. He was immediately invited to perform in all major concert halls in the former Soviet Union, including recitals in St. Petersburg and Moscow. Mr. Papian is a graduate of the Moscow Conservatory where he studied under the direction of the well known Professor Michael Voskresensky. In 1982 Mr. Papian went to study conducting at the St Petersburg Conservatory. He was one of the elite group who studied with the legendary Professor Ilia Musin. In 1984 Valery Gergiev invited him to become Associate Conductor of the Armenian Philharmonic Orchestra where three years later he became Artistic Director and Principal Conductor. In this position, he conducted more than two hundred performances in a vast variety of compositions and styles, including contemporary music by Russian and Western composers. He has made guest appearances with most of the major symphony orchestras as well as continuing to perform as a pianist. Mr. Papian also collaborated with the Armenian National Opera from 1988 until he immigrated to Israel in 1990. Since then he has taken the post of associate conductor with the Beer Sheva Symphony Orchestra. He has also been a guest conductor with the Jerusalem Symphony Orchestra. His international tours as a pianist include concerts in Basel, Barcelona, Geneva, Toronto, Ottawa, New York, as well as tours in South America and Far East.

Mr. Papian has conducted the English Chamber Orchestra at the Barbican Centre in London, the New Japan Philharmonic, the Israel Chamber Orchestra, the Jerusalem, Moscow, Belgrade and Trondheim Symphony Orchestras and, for the 2001 Enesco Festival, the Vienna Boys Choir. Recent engagements have included the Houston Festival Orchestra Texas, the Malmö Symphony Orchestra as conductor and soloist, and the Suwon Festival in Korea, to an acclaiming audience of four thousand. In June of 2003 Mr. Papian conducted the Moscow New Russian Symphony Orchestra with a special 100 years anniversary program dedicated to the birth of legendary Russian-Armenian composer Aram Khachaturian. Vag Papian conducted the Israel Sinfonietta Beer-Sheva in October 2003 and the Israeli Northern Symphony Haifa in 2004. Also in, 2004 together with the Israel Symphony Orchestra Rishon LeZion as its soloist and conductor, he took part in the International Spring Festival performing a special concert dedicated to the Armenian composer Aram Khachaturian celebrating his 100th anniversary. Mr. Papian has been invited to conduct The Jerusalem Symphony Orchestra IBA in April 2004 in concerts of its subscription series "The Popular Concerti". In 2005 Vag Papian made his debut with Israeli Philharmonic Orchestra.

As a recital partner to Maxim Vengerov, Mr Papian has toured in Europe, the USA and the Far East, he has made a recording with Maxim Vengerov for EMI Classic.